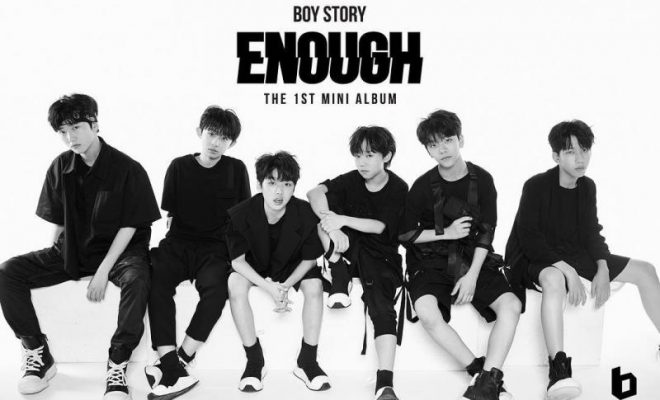 BOYSTORY is set to make their return with their 5th digital single!

Yes, that is right! It looks like BOYSTORY is getting ready for their return. Check out their timetable below!

In particular, earlier this month, BOYSTORY had released a growing project image that gives us a look into what they want to achieve this year. It is essentially their to do list. Within this list, we can see all kinds of goals they have set. One of them is releasing new songs! Thus, this is what we are getting this month!

From their comeback schedule, it is revealed that this project will be part of their 2019 Growing Project. They will be releasing their fifth digital single called ‘Oh My Gosh‘. They will begin with their team teaser on March 21st, followed on by their individual teasers from March 22nd to March 24th. Then, they will reveal their unit image teaser and their MV teaser set from March 25th to March 28th.

The group will make their hot return on March 29th. Are you ready for their return? Let us know in the comments below!