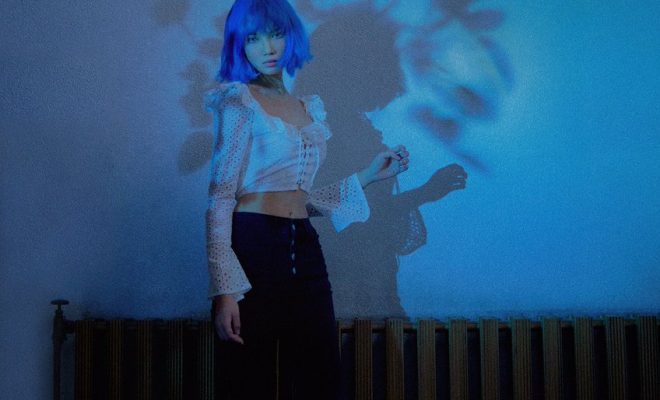 Blue.D to make her solo debut

Yes, that is right! Blue.D is finally making her solo debut. She has revealed the debut schedule, as well as the teasers to go with it. So, check it all out below!

In the debut schedule, it reveals that she will be releasing the title poster on November 18th with her profile posters dropped on November 17th and 19th. Following on is the film teaser, credit poster and MV teaser set for November 20th, 21st and 22nd respectively. Finally, she will release a spoiler teaser on November 23rd.

In her first profile poster, we see her electric blue hair colour that stands out against the blue lighting. She looks great in white as the shadows of flowers are cast over her. It is great imaginary and one can’t wait to see where the concept will head to.

Her title poster reveals the title of her title track, as well as the featured artist. The track is called ‘Nobody‘ featuring WINNER‘s Mino. The image continues to bring out the best in the colour blue, capturing our attention.

The next three images bring out the best in her. The first image is actually the cover image. She is seen holding the blue flowers while looking straight ahead. Her eyes are of the colour blue, which resembles her name. The second image is less saturated, allowing us to admire how beautiful she is and how fitting the colour blue is to her. The third image blurs a side of her face but still allows her beauty to shine through.

The first profile teaser features the sound of birds chirping. It is peaceful, just as the video. She is heard saying: “I’m your Blue Dream. Blue.D.” It appears that Blue.D stands for Blue Dream.

Next up is the credit poster, which features the list of who had written, composed and arranged the title track.

The MV teaser showcases the beauty of her voice. She draws you in immediately, giving us chills as we listen to her sing. It is short but effective. It leaves us more excited than ever for its release.

Meanwhile, she will release the track on November 25th. Are you excited for her solo debut? Let us know in the comments below!