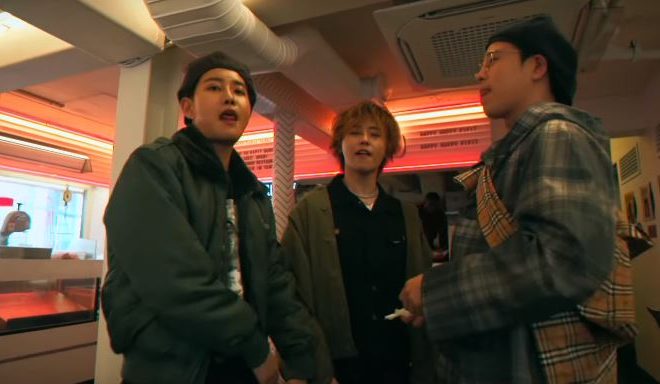 BLOCK B’s BASTARZ has returned ‘From Seoul’ with ‘Help Me’

BLOCK B‘s BASTARZ has finally returned with a new mini album. Within this album, there is a few songs in which they have revealed the MV for. They have dropped the MV for ‘From Seoul‘ and ‘Help Me‘. So, check it out below!

It has been a while since we got an album from this subunit. Because of that, it made fans realise just how they have missed their music. The fancy guitar melody really builds up the mood, putting you in a good vibe. It is such a groovy song to listen to, especially when they aren’t rapping in this song. Rather they show off their singing ability, showing us how talented they are. You can’t help but get addicted to that guitar melody. They have returned with such a beautiful song!

‘Help Me‘ is definitely a different vibe to ‘From Seoul’. It is the kind of vibe we would expect from them. It has that groovy vibe that goes well with their voice however the MV is what hooks you right in. They just look so mesmerising and their voices is doing the exact thing to us. They definitely do so well with that dark vibe, that puts you in a good vibe.

They have also revealed the dance practice for it. Just as soothing as the track is, they show us such soothing moves that really have you amazed. They definitely know the kind of moves that get your heart racing. Even though their dance moves are quite soothing and simple, they make up for it with their stellar star performance.

So, be sure to check it all out above. Which track attracted you more? Let us know in the comments below!

Tracey Luu
← Previous Story Kassy sings about one ‘True Song’
Next Story → pH-1 is ‘Like Me’ in MV!