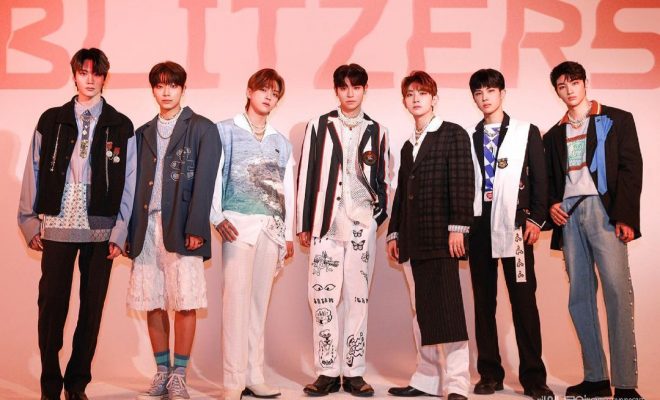 BLITZERS introduces you to their members in latest teasers

As many knows, BLITZERS are preparing for their upcoming debut. They have begun introducing each member through their own portrait video teaser. So, check them out below!

The first member is SYA. In this teaser, we get this funky music while he gives us different poses. He is seen wearing a white outfit with a jacket on top. He gives us very charismatic poses as he stares off to the side. The jewellery he is seen wearing compliments the outfit well.

Wooju is next with his teaser. The video features the same sound track. This could mean that it will be the overall vibe of their upcoming debut track. Nevertheless, The video itself features him wearing a white shirt. It looks like the concept is being pure in white.

Go U is seen wearing a casual ocean-like shirt as he poses in front of a white veil. Because of his light outfit, it goes nicely with the overall vibe of the image. He too has a stare that will melt fans’ heart!

Juhan is the next member revealed. Unlike the other members, he is seen sporting a more darker outfit which contrasts nicely with the light coloured curtains. The theme of his outfit appears to be the sea as anchors are seen sewed on his outfit.

Lutan goes for a more stern and fierce look as he uses his eyes to do the talking. He knows which angle to look at to give him the vibe that he wants. It is clear that he is made for this!

Chris is up next with his teaser. It appears that the final members are going for that dark vibe. Chris too is seen wearing a dark outfit while posing near a cement wall. Due to the darkness of his outfit, he surely stares out against the dull-coloured wall.

Finally, Jinhwa is the last member to be revealed. From the teaser, something about the way he looks at the camera gives it that cute vibe. He knows how to get us swooning over his cuteness! We can’t help but fall for his charms!

We also get to see the members altogether in one frame. In this video, we see them posing together. It is clear that they look good together as they move in a pack. They all have the same vibe, which helps enhance the shot they are going for. We can’t wait to see where this goes!

Meanwhile, they will make their debut soon. Are you excited for a new boy group? Let us know in the comments below!