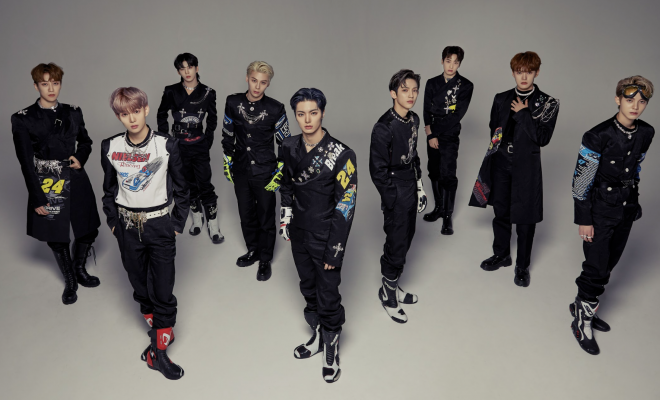 BLANK2Y give us the ‘Thumbs Up’ with their debut!

BLANK2Y, the newest K-pop group from Keystone Entertainment have finally made their official debut with the release of their album ‘K2Y I: CONFIDENCE [Thumbs Up]‘ and the title track ‘Thumbs Up‘.

The nine-member group have made a stunning and triumphant debut into the world of K-pop.

‘Thumbs Up‘ is a powerhouse of a debut track which finds it base in trap but is combined with strong synth sounds. The group come out fighting with boundless energy and determined passion – conveying the message of the song that they (BLANK2Y) are the best.

There has been a plethora of K-pop groups releasing trap-synth tracks, but this one stands head and shoulders above the rest. Once you’re in you’re trapped, (like what we did there) but trapped in a good way – you don’t want to be set free. The song builds the anticipation levels by not slowing down or changing momentum, yet each member is given the opportunity to shine and show off their individual talent, before drawing you back in as a team and not letting go!

The accompanying MV cements the energy and passion of the song with impressive choreography and a presence that is way beyond that of a rookie group.

What do you think of the debut track ‘Thumbs Up‘ from BLANK2Y? Have you decided on your bias yet? Let us know your thoughts in the comments below.

Written and edited by Narelle & Tracey