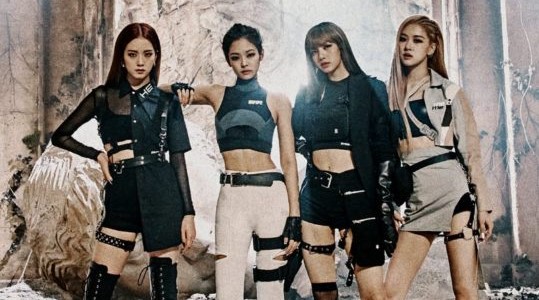 BLACKPINK are getting edgy with their ‘Kill This Love’ teasers

BLACKPINK‘s teasers for ‘Kill This Love‘ are starting to take on an edgy feel.

‘Kill This Love‘ is the name of their comeback EP and title track which are scheduled for release on April 4.

The title track was composed and produced by Teddy, their long-time collaborator and it has been reported that it features ‘ringing drums’ and ‘brass elements’.

In the new teaser poster that has been released, the ladies look fierce and edgy. It’s almost a Lara Croft Tomb Raider look!

In the final two red-themed teasers Rose and Jisoo look elegant and determined in their individual teaser images.

BLACKPINK will be making their comeback with ‘Kill This Love‘ on April 5.

Are you excited for BLACKPINK’s comeback with ‘Kill This Love’? What sort of sound are you hoping to hear with the new music? Let us know in the comments below.