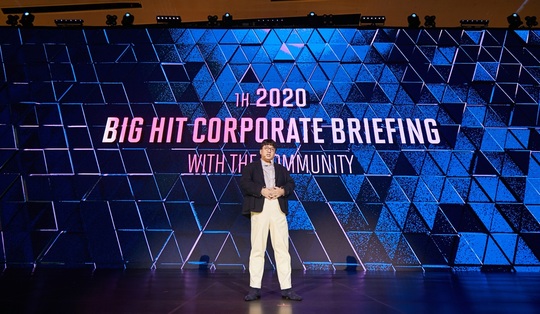 Big Hit Entertainment gives you details on their future plans

Big Hit Entertainment had a lot to talk about at the latest ‘Big Hit Corporate Briefing With The Community‘. Check out what they have planned for the future below!

Co-CEO of the company, Yoon Seok Joon announced that SEVENTEEN will be the next group to be added to WEVERSE. They are also the first group out of the Big Hit family to join it. It was also revealed that the agency will be launching a new boy group in 2022. Big Hit will also be collaborating with Source Music to debut a girl group in 2021. Not only that, Big Hit will also be collaborating with CJ ENM to debut a new multinational boy group in 2020. With that, we can get excited for new groups in the future!

Meanwhile, Bit Hit will also be launching a new project for the international fans and those who have difficulties with Korean. It will be called ‘Learn Korean With BTS‘. This will be launched in March. Finally, it is revealed that TXT will be having a world tour!

It is definitely going to be an eventful time for Big Hit. Are you excited for what they have prepared? Let us know in the comments below!