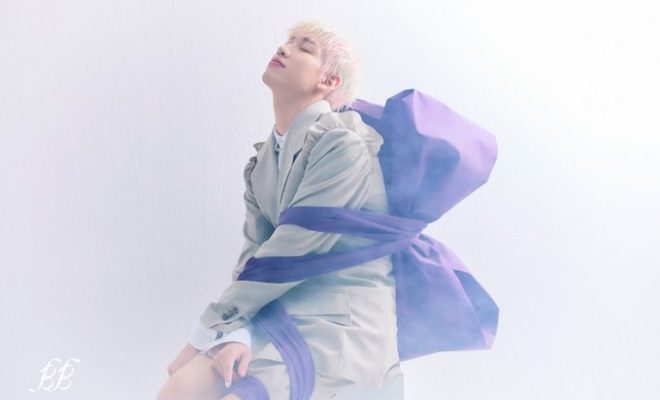 BamBam has revealed two more concept teasers for his upcoming return with ‘riBBon‘. So, check it out below!

For these two concepts, he has gone for a soft look. In particular, his ninth concept teaser features him wearing a purple shirt that contrasts nicely with the white background. He is also seen wearing light colours with a white bow around him. The way he looks at the camera is quite cheeky yet cute. He surely knows how to get fans’ heart racing!

For his latest concept teasers, he is seen wearing a grey outfit that contrasts nicely with the purple bow. This image is similar to the album cover image we have seen. Here, he too looks soft as he is wrapped with the ribbon. It almost looks like he is gifted up for the fans.

He has also revealed the concept film teaser. The video begins in black and white, giving off this eerie vibe. The way he moves fits nicely with the soft sounds playing. We also get to hear him narrate with his narrator tone. It is the kind that would give us chills. What is interesting about this video is how it is able to connect to all the concept teasers we have seen so far. We can’t wait to see what kind of song he will release.

Meanwhile, he will make his hot return on June 15th. What do you think of the teasers so far? Let us know in the comments below!