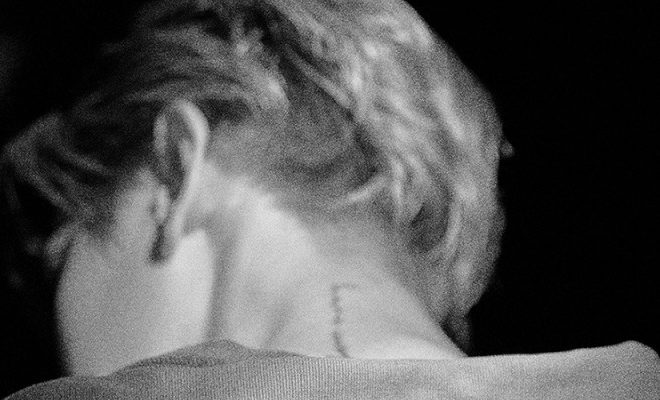 Baekhyun is heading out into the ‘City Lights’

After revealing just a week or so ago that he will be making his solo debut, Baekhyun has revealed the first details of the release.

Baekhyun‘s fist solo mini-album will be called ‘City Lights‘ and will contain a total of six (6) tracks. It is scheduled for release on July 10 at 6pm KST.

The first teaser released is a slightly blurry black and white image of Baekhyun‘s neck and back. There’s a mysterious line of text in the form of a tattoo running down his neck, but at this stage it is unreadable.

We’re pretty sure that as more teasers get released, the mysterious message will be revealed.

Baekhyun is the second EXO member to debut as a soloist following Chen, who made  his solo debut with his first mini album ‘April and a Flower’ in April. The news of the solo release comes at the same time as the news of EXO‘s unit debut of Chanyeol and Sehun.

What do you think of the first teaser from Baekhyun’s solo debut mini-album ‘City Lights’? Are you excited to hear what sort of music will be on the album? Let us know your thoughts in the comments below.