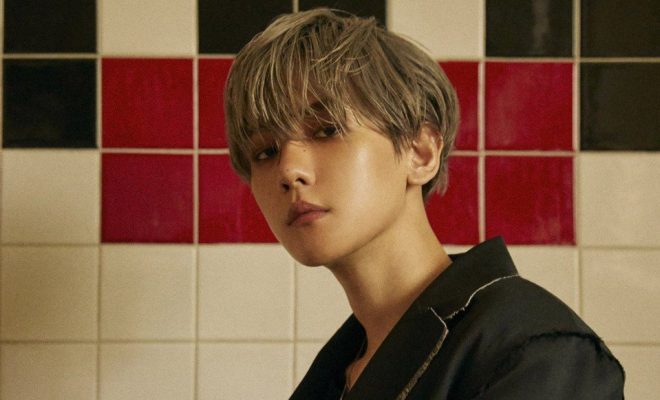 Baekhyun‘s solo debut album ‘City Lights‘ and the title track ‘UN Village‘ were released just days ago and he’s been breaking records ever since.

According to SM Entertainment, Baekhyun‘s ‘City Lights‘, came in first place on iTunes album charts in a total of 66 different countries shortly after release – that’s impressive!

‘UN Village‘ is a relaxed and chill, R&B track that perfectly showcases Baekhyun‘s refreshingly smooth voice at its best. It was produced by Leon and DRESS. The lyrics speak of spending time with someone special in a special place while enjoying beautiful vistas.

The opening of the song with its distortion only adds to the sense of anticipation for what is to come. The song delivers a stomping back beat, and the fluidity of the composition ensures that the song keeps the focus on the simple and addictive hook.

The music video, shot in both black and white and colour, is a stylish accompaniment to the song. Baekhyun is seen strutting (and we mean strutting) the streets of the ‘UN Village‘ in sleek, monochromatic outfits. He has never ever looked better in our opinion!

At a press conference on the day of release, Baekhyun spoke of his debut track,  “The first thing I thought of when I first heard [the title] was the name of a [neighbourhood of] villas. It’s where villas in the neighbourhood of Hannam are gathered. When the [EXO] members first heard it, they misunderstood it as a song about a prince-like person, but if you look at the lyrics, it’s about wanting to take someone out to the hill behind the UN Village and show them a good view. It seemed very unconventional and interesting.”

It has also been revealed that the EXO member has become only the 5th solo artist to sell over 100,000 album copies in the past decade. However, most impressively, Baekhyun achieved the highest first-day sales for a male solo artist in Hanteo history as he sold over 260,000 copies on the first day.

What do you think of Baekhyun’s solo debut release ‘City Lights‘ and the title track ‘UN Village‘? Do you think this style suits his voice? Let us know your thoughts in the comments below.

Narelle
← Previous Story PENTAGON are having a relaxed ‘SUM(ME:R)’
Next Story → DAY6 are giving us the ‘Time of Our Life’ in new teasers