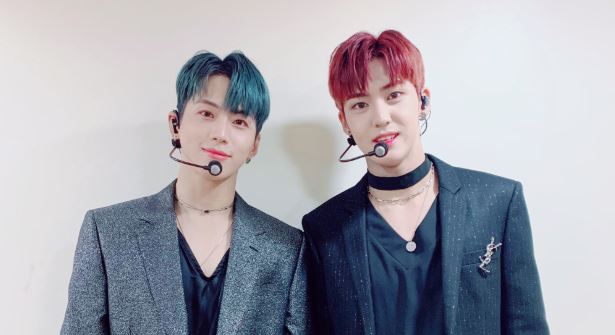 B.O.Y is preparing for their official debut under this name. They were previously known as Kookheon and Yuvin. They have revealed the debut schedule, as well as announced the fandom name. So, check it out below!

It is revealed that they will reveal the concept teasers from December 25th to the 30th. Following on is the tracklist and the trailer set for December 31st and January 1st. Finally, they will end with the MV teaser and highlight medley on January 2nd and 3rd.

Their first teaser is known as the 6AM teaser. These images showcase the members in denim while resting on a comfortable couch. They definitely have this look that captures your attention immediately. Especially with the tattoo they both have, it helps enhance this look they are going for.

Their second concept is known as the 6PM teaser. This teaser showcases their more sophisticated side with them pulling off the black suit. It gives off a more mature and manly look that works well for both of them.

They have also announced the fandom name. The chosen name is Meet You. It is said to have two meanings. The first meaning is “Meeting B Of You” and “M.Y.B.O.Y“.

Meanwhile, they will release ‘Phase One: YOU‘ on January 7th. Are you enjoying the teasers? Let us know in the comments below!