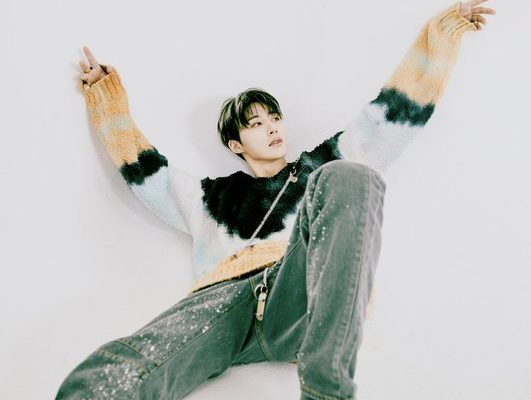 B.I prepares for the release of his first full album

B.I will be making his long-awaited return with his first full album. Check out the teasers below!

From the comeback schedule, he will reveal the tracklist and film teasers on May 19th and 20th. The live and performance video will be released on May 21st and 22nd. The track film teasers is scheduled for May 24th and 25th. The title posters will be dropped on May 26th and 27th. The lyric and MV teaser will be revealed on May 28th and 31st.

From the live version of ‘Waterfall‘, we finally get to see him and hear him rap. We definitely have missed him and he surely didn’t disappoint us with this release. He definitely has improved his skills and is full of confidence in his performance. We can’t help but get chills while watching him perform. He is born to be an artist and we hope to hear more of his life through this album.

He has also revealed the performance video for ‘Waterfall‘. Through this video, it is clear that he has been honing everything he has and one of those skills is his dancing abilities. He moves so nicely along with the song, showcasing his swag. There are also hard hitting moves and elegant moves, making it so interesting to watch. He definitely did an incredible job in showing us he is still in this industry.

The first track film is for the track, ‘Daydream‘. It is a soothing song which showcase his great flow. One can’t help but get emotional when he starts to sing “It’s all a dream.” Knowing what he has been through, we can’t help but understand where he is coming from. We can’t wait to hear the rest of the track.

‘Numb‘ has a different video and vibe. It is more upbeat and full of emotions. It is clear that he poured all his feelings into the song, giving us chills in the process.

‘Illusion‘ features him by the snow in a lonely place. It is deserted and it is clear that he had nowhere to go. The song ends when he is seen waking up in the middle of nowhere. This is fitting to the name of this song.

‘Flow Away‘ gives us a black and white video as he is seen walking. The song itself has a simple beat, allowing us to focus on his flow and the lyrics. He surely knows how to draw us into his music and leaving us wanting more.

‘Help Me‘ is an uplifting song despite the name of this song. It goes nicely with the fireworks he has on display in the video.

‘Remember Me‘ showcases a cute side of him and one can’t help but be drawn to his awkwardness and adorable side. It is clear that through these track films, he will be showcasing different sides to his music. We are definitely excited for this album release.

‘Stay‘ has such a groovy and catchy melody that goes well with his tone of voice. Just hearing his voice definitely has us realising just how much we miss him!

‘Gray‘ features the charismatic side of him as he goes for a drive. His voice just makes us feel things and it is clear that each song has its own charms. However, they are all great in their own way so it will be exciting once he releases all the tracks.

‘Then‘ has a soothing melody with him humming along to the piano melody. The video itself features him showing off his charms and giving us that smirk that we all miss.

Meanwhile, he will make his hot return on June 1st. Are you ready? Let us know in the comments below!