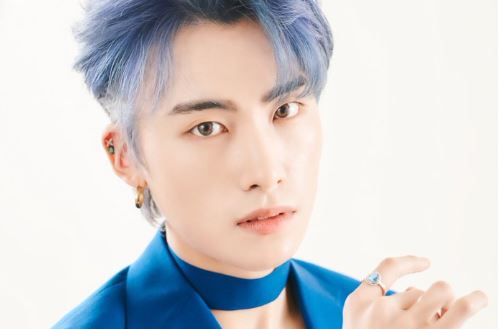 AWEEK continues to drop their member’s concept teasers. Check it out below!

Like the previous members, we get to see the following members with two kinds of image teasers. For Di1e, we see an image in which has him with flowers between his lips. The other image allows him to give us a beautiful pose with the natural light behind him. It is a well-taken image of him. Jingyu is just too cute in his first image teaser, where we see him with blush and freckles. The other image allows him to give us a charismatic look that has fans’ heart melting. Chawon has also dropped his image teasers. He has flowers stuck to his face as he gives us his most beautiful side smile. The other image is the total opposite as he presents us with his more serious side.

Meanwhile, they will return with ‘Better Today‘ on June 16th. Are you enjoying the teasers? Let us know in the comments below!

Tracey Luu
← Previous Story D1CE reveals their ‘Draw You: Remember Me’ highlight medley
Next Story → ONEUS to make their return with ‘Come Back Home’