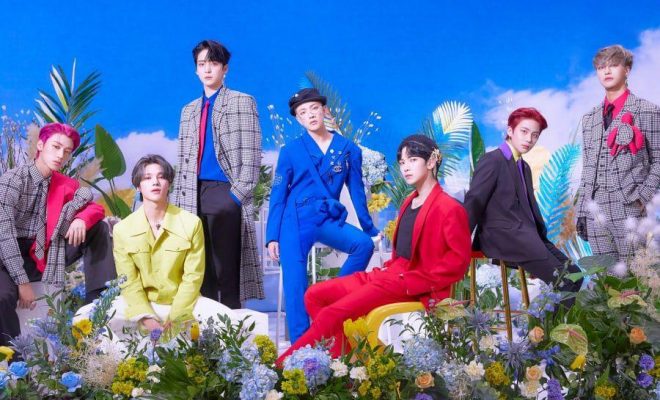 ATEEZ get us excited for their comeback!

ATEEZ have confirmed that they will be making their comeback with ‘ZERO: Fever Part 2‘, and the teasers have started.

The upcoming release is scheduled for March 1 at 6pm K.S.T

The latest teaser to be released is the full schedule of teasers that will be shared in the lead-up to the release on March 1. By the looks of this schedule we have a lot of visuals to look forward to.

The album details revealed that there will be three different versions of the album. (What else did we expect?)

In this teaser image, the ATEEZ members are dressed in suits (very aesthetically pleasing) while posed amongst a flowering garden. This seems to be a continuation of the fresh spring concept from their previous teaser. stand among a bevy of flowers, continuing their spring concept.

The earlier teaser introduced us to the fresh, Spring theme with the message ‘I’m the one in my zone‘, accompanied by the caption ‘We don’t need nothing, Come by my side now‘.

The first teaser to be released was a bit mysterious with a tree perched above the clouds. It featured the message ‘From the new world‘, which was the same message that appeared in teasers from their previous release.

ATEEZ have confirmed that although Mingi participated in the recording of the upcoming release, he will remain on hiatus from promotional activities for the time being.

ATEEZ will be releasing ‘ZERO: Fever Part 2‘ on March 1.

Are you looking forward to ATEEZ coming back with a new album? What do you think of the concept so far? Let us know your thoughts in the comments below.