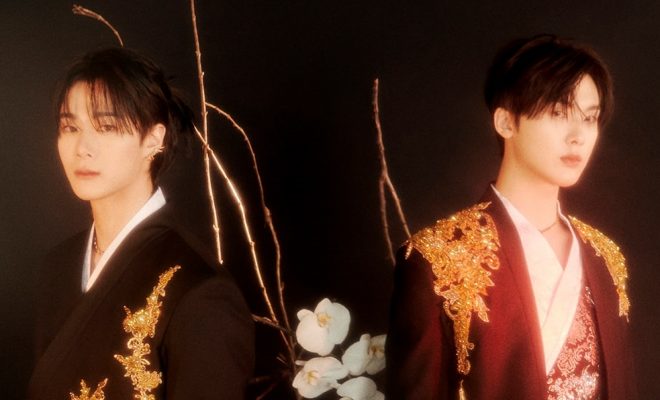 ASTRO’s Moonbin&Sanha are taking ‘REFUGE’ in their comeback

ASTRO‘s Moonbin&Sanha will be making their comeback as a unit with the release of their second min-album ‘REFUGE‘ on March 15.

Since the announcement was made, we’ve seen all sorts of teasers, including the pre-release track ‘Ghost Town‘.

There will be two versions of the album ‘The East‘ and ‘The West‘.

The teaser images that have been released so far of the two members are from ‘The East‘ version. Now, you all know I have a soft spot for Moonbin – but these teasers are just WOW!

The track list for ‘REFUGE‘ revealed that there would be a total of five tracks, including the title track ‘WHO‘ and the pre-release track ‘Ghost Town‘.

The pre-release track of ‘Ghost Town‘ is a hypnotic hip-hop track, that is a little different from what we’ve come to expect from Moonbin and Sanha. It’s quite moody, but that’s what I like about it. It’s fantastic that they’re willing to take on different genres and see how they fit.

ASTRO‘s Moonbin and Sanha unit release ‘REFUGE‘ and the title track ‘WHO‘ are scheduled for release on March 15.

What do you think of the teasers released so far for ‘REFUGE’ from ASTRO‘s Moonbin and Sanha? Are you looking forward to hearing the title track ‘WHO‘? Let us know your thoughts in the comments below.