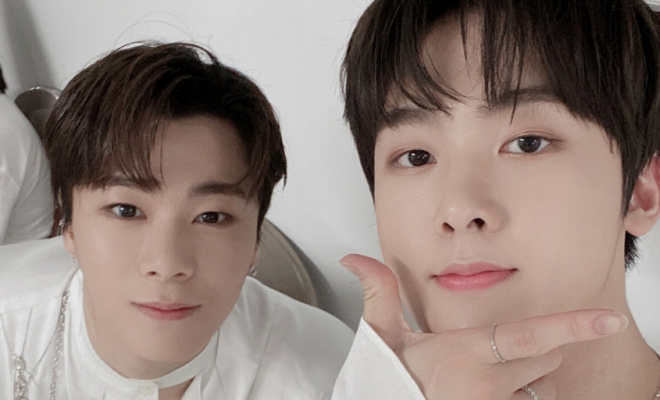 ASTRO’s Moonbin & Sanha to debut as a unit

ASTRO‘s Moonbin and Sanha are teaming up to form a new unit.

Their agency Fantagio have officially announced that the two members will make their debut as ASTRO‘s first unit in September and that they have already completed recording of the mini-album.

The agency released a statement that read; “ASTRO is launching its first unit, composed of members Moonbin and Sanha. They have already wrapped up recording for their first album as a unit. The album will be released in mid-September.”

The latest teaser released revealed that their album will be called ‘IN-OUT‘.

The first teaser released was a motion teaser with the message, “Don’t be afraid, Bad memories will fade out“.

We saw how great they are together when they released a dance cover of 2PM‘s ‘My House‘ a few months ago.

Are you excited to hear what Moonbin and Sanha have in store for us in the debut album? What sort of music are you hoping for? Let us know your thoughts in the comments below.