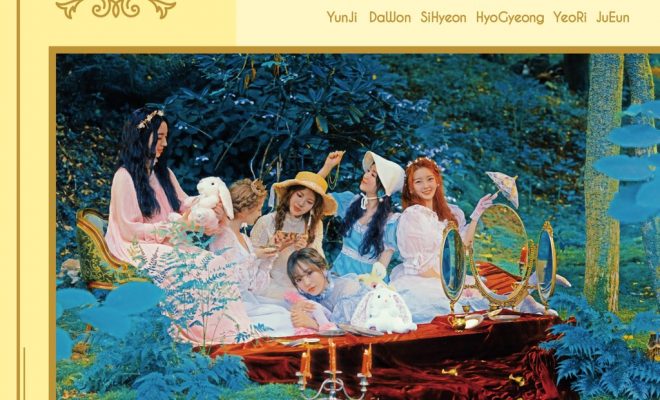 ARIAZ has dropped their teasers for ‘Grand Opera‘. So, check it out below!

The group has dropped their individual video teasers. Each of them has this elegant aura to them that immediately captures your attention. The music itself is the highlight of the video. The track is able to bring their concept to life, giving us that classical concept. It is also quite interesting how each member represents a type of instrument, which is shown in their video!

They have released the MV teaser for ‘Grand Opera’. It contains that beautiful and soothing classical melody that captures your attention. It is such so touching to listen to. One can’t wait to hear how their voices will fit into this lovely track.

They have also dropped the tracklist. They have dropped a total of five songs including ‘Assemble #1‘, ‘Ouch!‘, ‘Moonlight Aria‘, ‘Drama‘ and ‘Where U R‘.

They dropped the album preview. It gives us a listen to the songs that are part of this album. The first track is quite upbeat and puts you in a good mood. ‘Ouch!‘ is another a bop to listen to. It is the kind of song that one would love to groove to. The title track is another upbeat song to listen to. It is definitely different from what they have shown in their concept teasers. ‘Drama‘ is another groovy song to listen to that goes well with their tone of their voices. ‘Where R U‘ is their only song that is somewhat soft. It is the kind of song that brings out the best in their voices.

The second MV teaser for ‘Moonlight Aria’ showcases that song that we have heard in the album preview. It starts off quite soothing before it builds up to the drop. It has such a beautiful vibe that really captures you. One can’t wait to hear more of the song!

Meanwhile, they will make their hot debut on October 24th. Which track did you like so far? Let us know in the comments below!