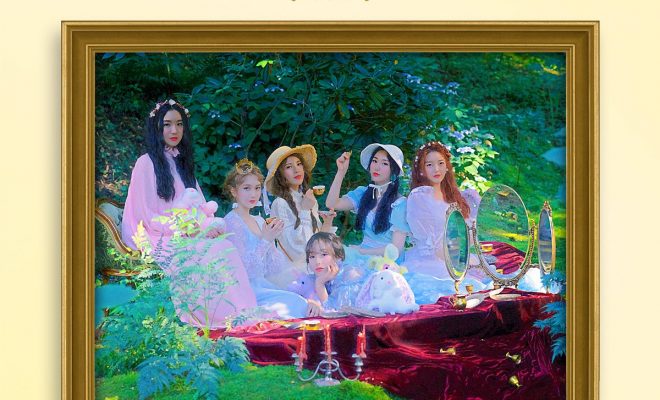 ARIAZ gets you ready for their debut with teasers

Star Empire is set to launch a new girl group called ARIAZ. The group consists of members from Produce 101 and Mixnine. The group is set to have a total of six members including Yunji, Dawon, Sihyeon, Yeori, Hyogyeong and Jueun. Their name refers to unique voices coming together to create one song and one stage. They have dropped teasers. So, check it out below!

They have released their logo teaser. This video showcases how their logo came to be. It is full of gold and has this elegance to it. Its overall look is quite majestic as well!

They have also released their individual teasers, as well as their group teaser. Each image is framed to give the members this royal look. They also have this princess vibe to it. Each member looks very beautiful in their respective outfits.

Meanwhile, they will be releasing this album, ‘Grand Opera’ in October. Are you excited for a new girl group? Let us know in the comments below!

Tracey Luu
← Previous Story We In The Zone is coming soon!
Next Story → Sunghyuk reveals his ‘Moonlight’ teasers