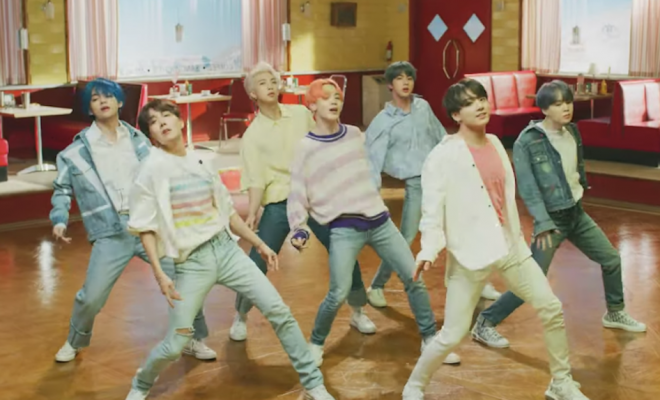 Are you ready for BTS ‘Map of the Soul: Persona’

With the release of the BTS comeback album ‘Map of the Soul: Persona‘ and the title track ‘Boy with Luv‘ later today, new details about the tracks on the album have just been released..

The title track, ‘Boy With Luv‘ featuring Halsey, is a funk pop song about happiness in simple love. RM’s solo track which was pre-released, ‘Intro: Persona‘, seeks to answer the question “Who am I?”. ‘Mikrokosmos‘ is an examination of one person’s small but vast universe. ‘HOME‘ is a message from BTS that says when they’re tired and lonely, the home they want to return to is where their fans are.

‘Make It Right‘, which includes credits for Ed Sheeran, is about the process of healing and the love you have for someone who has always believed in you from the beginning.

The final tracks on the album are ‘Jamais Vu‘ a unit track with BTS members J-Hope, Jin, and Jungkook, and ‘Dionysus‘, a hip-hop track with a strong beat.

If you’re in Brisbane, Queensland and want to celebrate the release, head on down to the ChanGe Cafe, Level E, Myer Centre. They’ll be celebrting the release from today, Friday, 12 April through to Sunday, 14 April.

They have MAP OF THE SOUL & PERSONA special menu sets, with a 2pc BTS group photocard & 1pc Rose Quartz gemstone gifts with every set purchased.

‘Map of the Soul: Persona‘ and ‘Boy with Luv‘ are scheduled for release on later today, April 12 at 6pm KST

What are you doing to celebrate the release of ‘Boy with Luv‘? Are you excited for the collaboration track with Ed Sheeran? Let us know your thoughts in the comments below.

Narelle
← Previous Story 1TEAM launches all kinds of dance practices for you!
Next Story → JBJ95 has you groving along to their ‘Who I Am’ dance practice