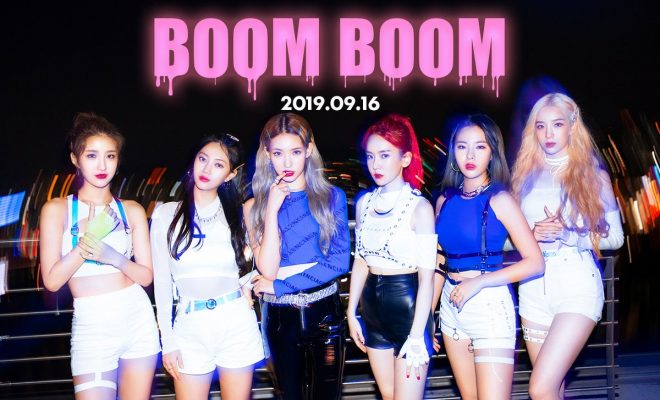 Yes, that is right! Girl group ANS is ready to make their hot debut. Having revealed the final member, Raon, they are ready to dominate. Check out the teasers below!

They have released the album cover ahead of their debut. The members are going for a strong charismatic look that goes well with the deep red lighting. It will be interesting to see what kind of track they will be release. In comparison to their pre-release track, ‘Wonderland‘, this definitely has a different vibe, making it even more exciting!

They have also released another image teaser that has them posing outside. The way the image is taken highlights them and allows them to stand out against the black background. They definitely look more fierce in this image teaser.

Meanwhile, they are set to make their hot debut with ‘Boom Boom‘ on September 16th. What do you think of the concept? Let us know int he comments below!

Tracey Luu
← Previous Story H.O.T’s Jang Woohyuk asks you to ‘Stay’ in MV teaser
Next Story → Seventeen gets fans excited with the ‘An Ode’ comeback trailer