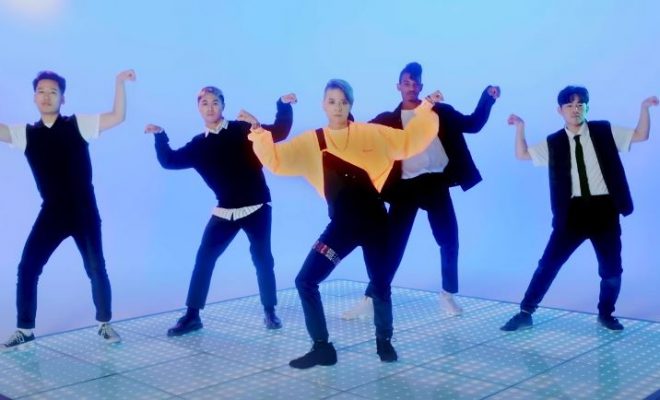 The track she has dropped has this retro vibe that one would love to groove along to. It also has this chill melody that makes it so catchy to listen to. Her voice just fits in well with this vibe as she moves quite nicely with to the song. The video itself is also quite fun to watch, as we see her fans featured in the MV. It is clear just how much fun she is having while filming this. Since the teasers didn’t reveal that Peniel will be featured on the track, it was quite a pleasant surprise. His voice is a great addition to the song. It fits in well with this retro vibe, enhancing the beauty of this song.

While for the Mandarin version, we see a slight difference in the MV. However, that doesn’t change the fact that this song is a bop to listen to. This retro vibe just goes nicely with the use of lights and disco lights. For this version, we have Blow Fever on the track. His voice is quite soothing to listen to, so it fits in well with this song’s vibe. His lyrics also flow quite nicely with the melody, enhancing the smoothness of this song. Overall, both rap verses bring a different vibe to the song but equally bring forth an enhanced bop.

Meanwhile, be sure to show your support by checking out the MVs above. Was there a version you liked more? Let us know in the comments below!