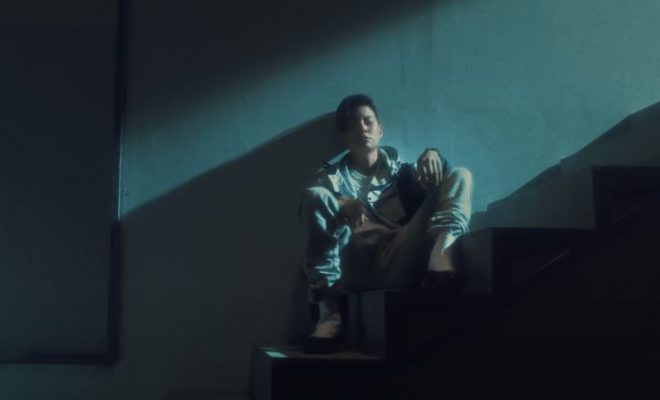 Amber continues to spoil us with releases. This time, it is the release of ‘Blue’ featuring Higher Brothers‘ Masiwei and ‘Vegas‘. So, check it out below!

This is the first time Amber has released her own original Mandarin track. The track is called ‘Blue‘. Like most of her releases, her songs are quite soothing and easy on the ears. It contains this beautiful yet gentle beat that one could relax to. This type of melody also goes well with her tone of voice as she sings so easily on top of this melody. The video itself is quite dark in comparison to the song. It appears that she is in turmoil with her feelings as she lives her life like any other day. We also see her vent her feelings in different ways including spraying the walls or cooking. Overall, it is quite a lovely song to listen to.

The other track she has released is called ‘Vegas‘. This song has that nostalgic vibe as we get a video that showcases many memories. It makes the lyrics of this song stand out as she remembers what has happened in her life. The song itself brings out the best in her vocals. She has such a beautiful voice that goes so nicely with the melody. The overall song is quite simple, allowing us to truly enjoy the beauty of the song. Overall, it is another chill and relaxing song from her as she brings us a mid-tempo song.

Meanwhile, be sure to check out both tracks above. Which one did you like more? Let us know in the comments below!

Tracey Luu
← Previous Story Aivan has ‘Artificial Intelligence’
Next Story → ITZY will be the ‘Ma.Fi.A In The Morning’