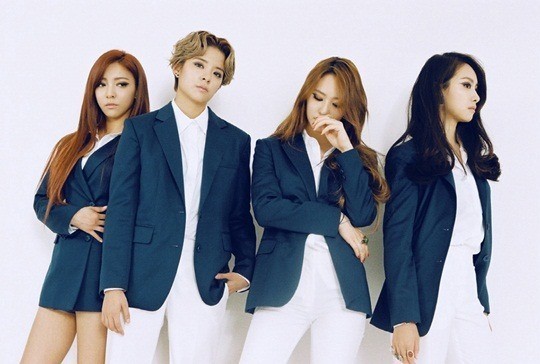 A lot of things have happened during or after f(x)‘s latest 10th year anniversary. There was the recent departure of member Amber and now more news on the plans that the current members have. Check it out below!

It appears that member Luna has also decided not to renew her contract with SM Entertainment. On September 5th, it was also revealed that they are discussing ways to collaborate with Victoria. However, Victoria had announced her departure from the entertainment through her official Weibo and Instagram account.

She said “10 years have passed. September 5th 2009, I stood on stage and officially debuted. Now, it’s the 10th year anniversary, it is an end and also a beginning. I’m thankful for everything with SM in the past 10 years. Now, it is time to begin a new journey. This is a new beginning, a restart of my journey but I will still be me. I will work hard to be a better version of myself. Cherish every chance and those around me. I would like to thank the brave and hardworking me. Thank you to my friends and family, thank you to those who love me. It is my luck to have met all of you. Grateful for all the trust and support. I hope not to disappoint anyone. I will continue to do my best. Would you be walking with me for the next 10 years?”

It was also announced that Amber has signed an exclusive contract with Steel Wool Entertainment. In particular, on September 6th, she revealed the good news on her social media.

Whereas for Krystal, since there is still time on her contract, there is yet to be any details released.

Meanwhile, we wish all the members the very best as they take their own pathways to success.