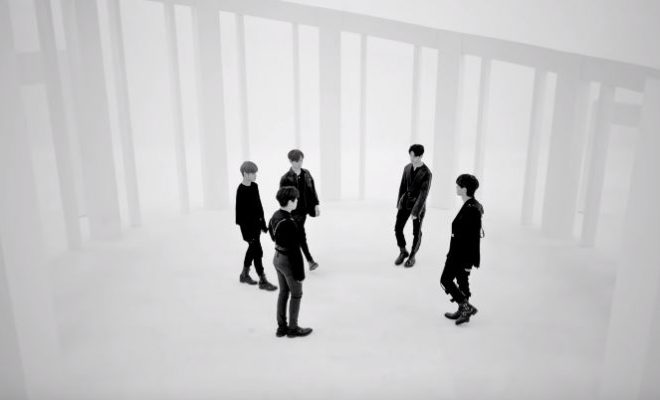 AB6IX‘s Youngmin and Jeon Woong is up next for their trailers. The group has also revealed the group trailer. So, check it out below!

In this teaser, we get an eerie sounding effect where Youngmin is seen in a garage area. He chills with the motorbike before the video takes a turn. He is seen lying on the bike while having it on. The music emphasises the uncomfortable feeling in our stomach that quiver at the thought of something going horribly wrong. It is unclear what they are trying to portray through this video, however one thing for sure is that they have this “evil” side to them that may be haunting them.

In Jeon Woong‘s teaser, he appears wearing the black hoodie that was present in all of the individual trailer teasers. It appears that he is gathering them up for something huge. It surely has us more excited than ever as to how these trailers will tie to their overall concept.

In their group trailer, we get to see the different scenes of each individual trailers put into one. Everyone has their coloured scene, as well as their black and white scenes. The final scene that features Jeon Woong finally has the other members there too as they all walk to the centre of the room. It looks like we finally will get a proper look into their concept in the next teasers!

Meanwhile, the group is set to make their hot debut in May. What do you think of the story line so far? Let us know in the comments below!