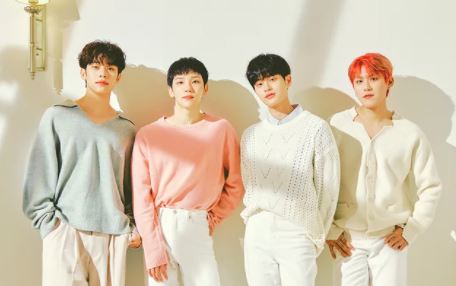 AB6IX to make their Japanese debut

Yes, that is right! AB6IX has announced their Japanese debut. Check out the details below!

It is confirmed that they will be making their Japanese debut soon. This upcoming EP is called ‘ABSOLUTE 6IX EP‘ which will contain a total of five tracks including the Japanese version of ‘Breathe‘, ‘Cherry‘, ‘Close‘ and ‘Shining Stars‘, and the English version of ‘Hollywood‘. This album will have a total of four versions including the AB6IX version, the ABNEW version, the normal version and the HMV version. For this debut, Brand New Music will be partnering up with Victor Entertainment.

Meanwhile, they will make their hot Japanese debut on November 24th. Are you excited? Let us know in the comments below!

Tracey Luu
← Previous Story JYPn has announced their official group name!
Next Story → Mark has us on the edge of our seats with ‘Last Breath’ teaser