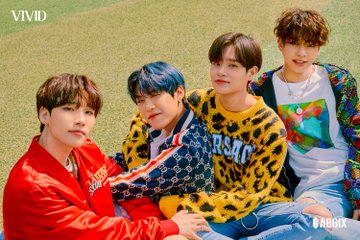 AB6IX has revealed their group teasers and tracklist of ‘VIVID‘ album. Check it out below!

There is a total of four teasers. The concepts match up nicely with what we have seen in their individual teasers. We get a colourful vibe where the members are seen enjoying their time outside. The side image embraces the colour blue as they give us different poses. The third image is a mix between the colour blue and grey. It is quite a unique blend where the colours contrast nicely with one another. The final image is a fun image where the members are seen doing different things while still spending time with one another.

They have also revealed the tracklist. The album has a total of six tracks including ‘Red Up‘, ‘VIVID‘, ‘The Answer‘, ‘Surreal‘, ‘Midnight Blue‘ and ‘Hold Tight‘.

Meanwhile, they will return on June 29th. Which track are you looking forward to? Let us know in the comments below!