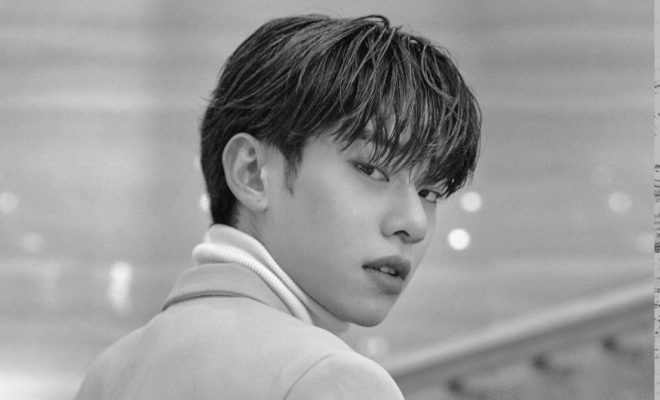 AB6IX has dropped their concept teasers for ‘5NALLY‘. Check it out below!

So far they have released Woong and Donghyun’s image teasers. Each of them gets a total of three images. For Woong‘s teasers, we get a black and white image, a colourful image and a stage image. In the black and white image, he is seen walking on water while looking cool for the camera. The colourful image has him sitting on the bed while enjoying the lighting. The stage image gives us his hard-working side as he rests on the side of the stage.

In Donghyun‘s teasers, we get a similar concept. In the black and white image, it looks like he is walking up some stairs while looking back at the camera. His second image teaser has him posing in a theatre while wearing a beautiful pink suit. The final image also has him performing.

Meanwhile, the group will make their hot return on February 13th. What do you think of the concept teasers? Let us know in the comments below!