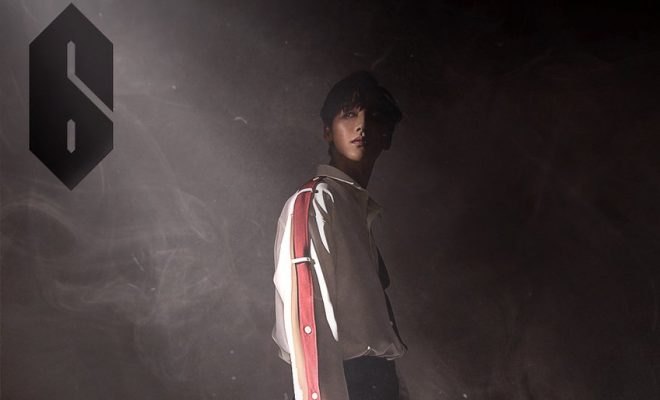 As many knows, AB6IX is Brand New Music‘s upcoming boy group that will have a total of five members. So far, we know that this group contains Youngmin, Donghyun, Daehwi and Woojin. The fifth member has been a mystery until now! They have finally revealed the fifth member. So, check out his teaser below!

It is revealed that the fifth member is Jeon Woong. Like Youngmin, we get to image teasers: one that is up close while the other is a whole body image. In this image, he is seen wearing this love white shirt with strips of red on it. He has this shimmer to him that really captures your attention. This dark vibe also goes well with the overall mysterious atmosphere.

It is revealed that member Woong is a versatile member who is fluent in Japanese. He is also a talented vocalist with amazing dancing skills.

Are you excited for their debut in May? Let us know in the comments below!