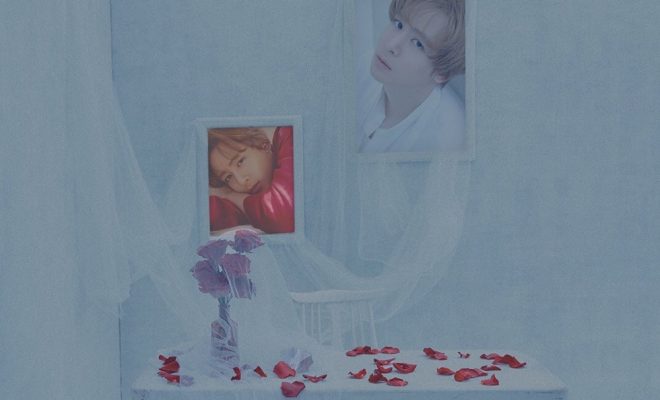 2PM’s Nickhyun is all about ‘Me’

2PM‘s Nickhyun will finally be making his Korean solo debut with his mini-album ‘Me‘. ‘Me‘ will be a Korean version of his Japanese mini-album of the same name.

The mini-album is scheduled for release on February 18 and there have been plenty of teasers released in the lead-up.

The latest teaser to be released is a concept clip for ‘Jealous‘ a track off the album. Nickhyun tells us how ‘Jealous‘ he is of the other guys in English in the short clip. We have to be honest – it’s just too cute!

In the first concept clip released for ‘Lucky Charm‘, Nickhyun apologises for waking us up and tells us to go back to sleep, but, not before telling us that he loves us. It’s very sweet.

Earlier, we saw lots of teaser images for the mini-album. There seems to be a strong concept of romance running through the teasers for the release.

In the latest set of teaser images, all of the colour is drained from the image with the exception of the red guitar and red keyboard. In the earlier images, Nickhyun was dressed in red, and there were red roses strewn about.

The first set of teaser images released featured a red-haired Nickhyun wearing a red robe looking dreamily into the camera. The images fit perfectly with the romantic concept that has been adopted for this release.

The announcment of Nickhyun‘s mini-album ‘Me‘ was accompanied by a sparse image that was all white with the only colour coming from the red roses that were strewn around. It’s a romantic and dream-like concept which will suit the talented singer.

Nickhyun‘s first Korean solo mini-album ‘Me‘ is scheduled for release on February 18 at 6pm KST.

Are you looking forward to hearing Nickhyun’s solo material? What do you think of the teasers that have been released so far? Let us know your thoughts in the comments below.