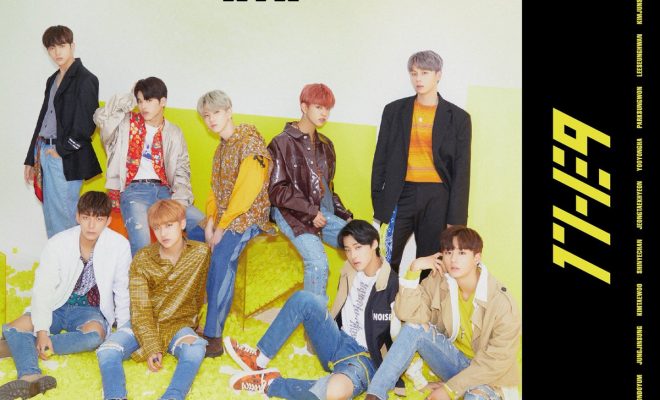 Yes, that is right! As they have revealed, 1THE9 has dropped all kind of contents to get you excited for their upcoming debut. So, check it all out below!

As we have heard from back when they were on the survival show, ‘Under 19‘, Crush had written a song for them. It appears that this track will be their pre-released song. It is called ‘Domino‘ and features Crush. The music video itself features what we can expect from them. They all have such beautiful vocals that go well with this guitar song. When the beats drop, they hit you at the right spot and gives you that tropical vibe. It is such a soothing song that has quite a chilling melody. They have done an incredible job in keeping us interested and intrigued.

They have also dropped the choreography MV for this track. With this choreography MV, they are seen in the sunlight, which gives you a proper look at their dance choreography. They are all seen wearing the white shirt paired with the blue jeans. It makes them look quite fresh and beautiful. The dance choreography is always so amazing to watch, especially when there are a lot of members. Every move they make and every formation they do works well with the mood of the song. They have done an amazing job in showing their all.

Now, for their official debut, they have revealed a ‘Spotlight‘ teaser. It is the behind the scenes footage of the kind of track they will debut with. It has that tropical and Latin vibe that goes well with their tone of voice. It also has a fun dance choreography to go with it. With this short snippet, it definitely will get you excited for what’s to come!

It looks like they won’t only be releasing one main MV, but also another one. In particular, they have dropped the MV teaser for ‘The Story‘. Through this teaser, we get another vibe. It has a much slower vibe that pulls on your heart strings. It is also allow the beauty of their voice to stand out. Something about the video and the way they are singing is so touching to watch. It really has you moved to tears as to the amount of hard work they had to put into it to reach where they are now.

They have also went ahead and revealed their first set of concept teasers. Each member is surrounded with beautiful and bright neon lights that help set the mood of the video. Their image is also surrounded with a lovely pink and purple border. It definitely helps enlighten the mood and bring all the elements together. They sure know how to look good in white and keep you more excited than ever.

Meanwhile, the group is set to make their hot debut on April 13th. Are you excited? Let us know in the comments below!