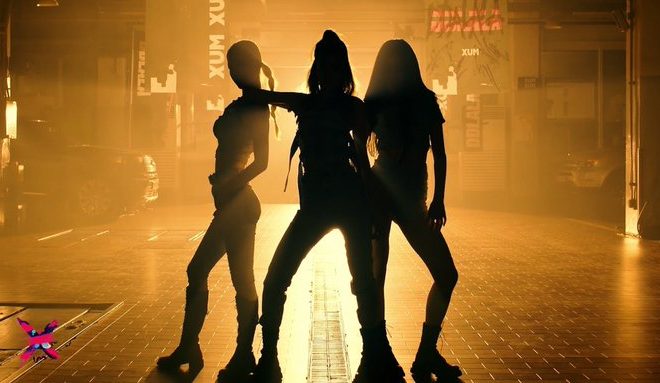 XUM prepares for their re-debut after the disbandment of NeonPunch. They have dropped their schedule for ‘DDALALA‘. Check it out below!

They have revealed Dayeon‘s image teasers. In the first set of teasers, we let down her hair while striking beautiful yet strong poses. She looks amazing under this purple concept. The other image teaser allows her to embrace a more fierce and powerful look as she holds her hair up. She is seen wearing a lovely white dress that contrasts nicely with the orange background and her golden jewellery.

Meanwhile, they will make their re-debut on August 25th. Are you excited for them? Let us know in the comments below!