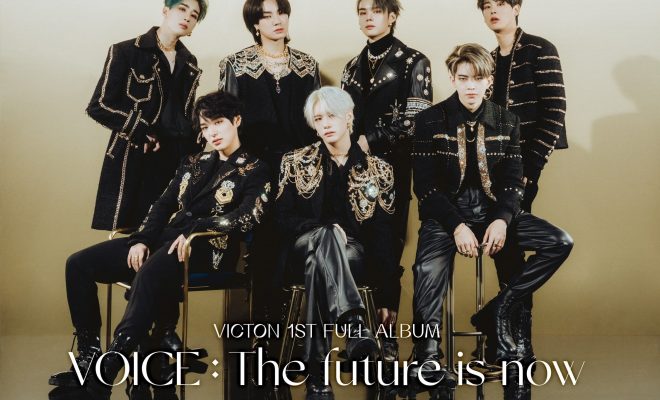 VICTON defer release of ‘VOICE: The Future is Now’

VICTON were all ready to release their first full album ‘VOICE: The Future is Now‘ on December 1, that is until COVID-19 intervened to interfere with their plans.

Play M Entertainment has confirmed that all VICTON members and staff of the agency were tested for the virus and all results came back negative. However, the decision has been made to delay the group’s latest release.

Their statement reads in part:  “In addition to this incident, there have been several difficulties including schedule changes as the social distancing level was raised to level 2 following the spike in COVID-19 cases. We have inevitably decided to delay the album’s release.”

In the lead-up to this announcement the group have been releasing lots of quality content in the form of image teasers and clips. Check them all out below:

The latest teaser released is a group image which is the ‘Now’ group version.

The group had earlier released their first group teaser image which was equally stunning.

With each set of individual teaser images (of which there have been many, many lovely shots), a behind the scenes ‘Making Film‘ was also released. Do you have a favourite? We can’t pick just one!

Earlier teasers revealed the track listing for the album and another trailer clip.

The title track for the album is ‘What I Said‘ and there will be a total of 13 songs on the album, including solo songs for members Seungsik, Chan, Sejun and Hanse.

Member Han Seung Woo co-composed the song ‘All Day‘ and co-wrote lyrics for five other tracks. Hanse took part in writing lyrics for all the tracks except two of the solo songs and he co-composed his solo song ‘Where is Love?’

The first we knew of the comeback was the release of a prologue video which was both visually stunning and intriguing at the same time.

Play M Entertainment haven’t yet advised of the new release date for VICTON‘s first full album ‘VOICE: The Future is Now‘. However, as soon as they do, we’ll let you know.

What do you think of all the teasers from VICTON? Are you looking forward to hearing new material from the group? Let us know your thoughts in the comments below.