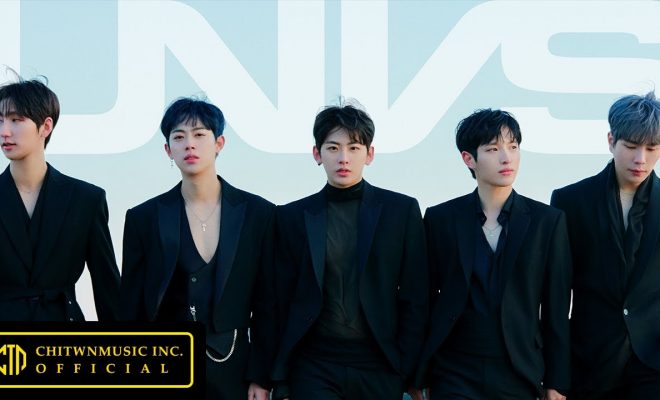 UNVS have made their first comeback since their debut in February with the release of ‘Solar Eclipse‘.

The song which features producer room102 (who produced their debut track ‘Timeless‘), is a languid and sexy b-side to their debut song.

‘Solar Eclipse‘ is so good, it could be mistaken for a title track and the group have recently been actively promoting it on music shows.

It is best described as a future bass style song that speaks of the intense heartbreak that you go through when your ex has moved on, but you’re still stuck in the depths of despair. The song is raw and full of despair, you can feel their emotion through the lyrics.

The music video showcases the members performing the strong choreography through dimly lit scenes, which match the dark and moody vibe of the song perfectly.

What do you think of UNVS ‘Solar Eclipse‘? Let us know your thoughts in the comments below.

Narelle
← Previous Story DeVita is uber cool and powerful in ‘EVITA!’ debut
Next Story → ONEUS shows everything they got it in ‘A Song Written Easily’ performance MV