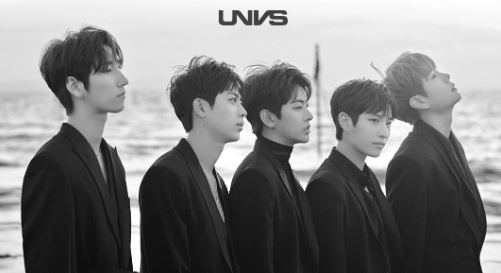 UNVS announces their return with a concept teaser

It looks like UNVS is preparing for their first return. Check out the first teaser below!

They have released their concept poster, which has them standing in water with a lovely moon setting behind them. It is quite fitting to the name of this comeback, which is ‘Solar Eclipse‘. This dark concept definitely goes well with them, enhancing fans’ excitement. For those who don’t know, this track is the b-side track for their debut single, ‘Timeless‘.

They have also announced the fandom’s name! The choice of name is UNUS. It stands for ‘You & Us’ where in Latin, the V can be used as U. So, it shows the connection between UNVS and their fandom.

The group has also dropped their individual teasers. We see a mix of concepts among their group teasers. However, most of it has this dark concept that allows them to look quite charismatic for the camera. Each member does their own interpretation on what it means to be dark and fierce.

Meanwhile, they will make their hot return on April 8th. Are you ready? Let us know in the comments below!