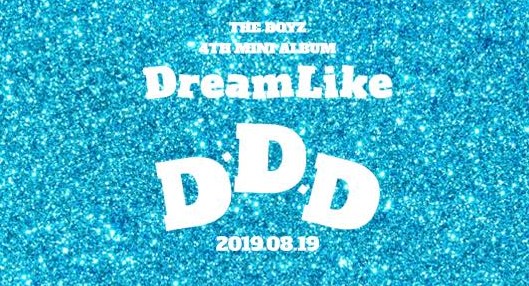 The Boyz are getting ready to be ‘DreamLike’ with new teasers

The Boyz are getting ready to make their comeback with their fourth mini-album ‘DreamLike‘.

‘DreamLike‘ is scheduled for release on August 19. This will be the group’s first comeback since April when they released ‘Bloom Bloom‘.

The latest teaser to be released is the highlight medley giving us a little taste of each of the six songs on the album.

As you can hear in the medley, the album will include tracks from a whole range of genres, which only goes to prove the versatility of The Boyz.

The MV teaser for the title track ‘D.D.D‘ reveals that the concept is fun and vibrant, much like the track itself. The clip is set in New York and features the members spending time exploring the city.

The group earlier revealed their track list for the release and the imagery is perfectly in keeping with the concept. It’s sparkly and glittery like stars in a night sky.

The Boyz will be making their comeback with ‘DreamLike‘ on August 19 at 6pm KST.

What do you think of the MV teaser and the highlight medley for The Boyz? Are you looking forward to this release? Let us know your thoughts in the comments below.