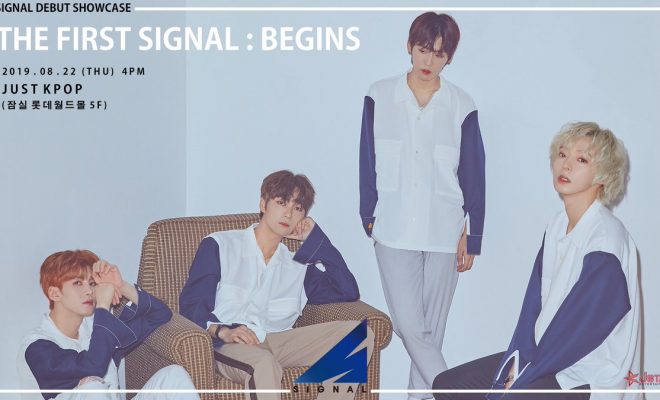 SIGNAL gives you ‘The First Signal’ with their concept teasers

SIGNAL is preparing for their upcoming debut. They have released all kinds of teasers. So, check it out below!

For those who don’t know the group, they are part of J-Star Entertainment and is a four-member group. The group consists of Kyuhwan, Gihwan, Youngho and Bokeun. The group itself has been active since 2018 since they did most of their activities over in Japan. Now, it looks like they are ready for their debut in Korea! They have begun with their tracklist. This album will have a total of three tracks including ‘You Down‘, ‘What About You‘ and ‘Just A Moment‘.

They have also revealed each member’s individual teasers. We get a total of three individual teasers for each of them. In the first image, we see them posing in front of this light purple or yellow background with quite a close up shot. Each of them looks charismatic and in the moment. The second concept is a body shot.

Most of the members are seen looking at the camera while giving us their best smiles. They surely know how to capture us with their loveliness. The final image is of their pure side. The white background paired up with a super close shot of them really leaves no room for imperfection. They are just perfect the way they are.

Meanwhile, the group is set to make their hot debut on August 28th. Are you ready for a new boy group? Let us know in the comments below!