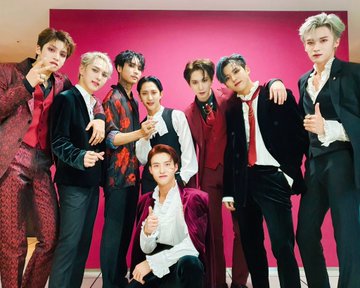 Yes, that is right! Pentagon will be making their hot return soon with ‘Love Or Take‘. They have revealed the comeback schedule. So, check it out below!

From the comeback schedule, they will release the tracklist on March 2nd. The concept teasers are set for March 3rd to March 5th. The audio snippet and the concept film teasers are scheduled from March 8th to 10th. Finally, the MV teasers will be revealed on March 12th and 13th.

They have also revealed their concept preview teasers. This allows us to get a feel for the kind of concept they will be returning with. From the image teasers, it looks like they are will be returning with a sweet look that will be fitting with the boyfriend look. We can’t wait to see their official photos for this concept.

Meanwhile, they will make their hot return on March 15th. Are you excited? Let us know in the comments below!