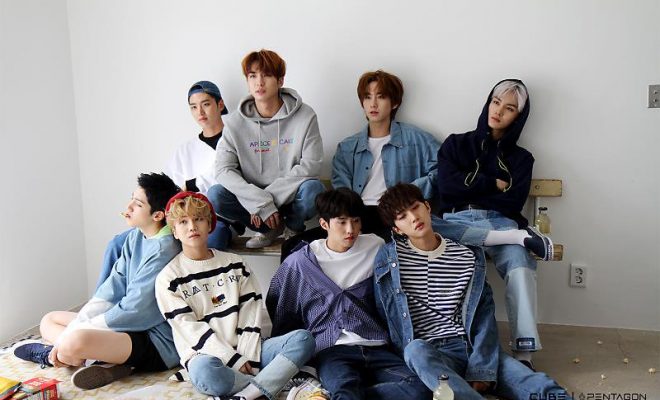 PENTAGON gears up for their 8th mini album with the comeback schedule!

Yes, that is right! PENTAGON is ready to make their hot return in 2019. They have revealed the comeback schedule. So, check it out below!

They have prepared a few things for the fans. They will begin with the release of the tracklist on March 20th. Following on is their concept teaser set for March 21st and 22nd. Next up is their audio snippet and MV teaser, which is scheduled for March 25th and 26th.

They have released a spoiler for their title track. Through this teaser, we get a feel for the kind of concept they have gone for. We see Hui navigating on his computer before giving us a preview of the intro. It is the kind of song that one expect PENTAGON to shine with.

They have also dropped the second spoiler in which has Shinwon drawing an image. It looks like this image is linked up to what they have prepared for the fans!

Finally, the group will make their hot return with ‘Genie:us‘ on March 27th. Are you excited? Let us know in the comments below!