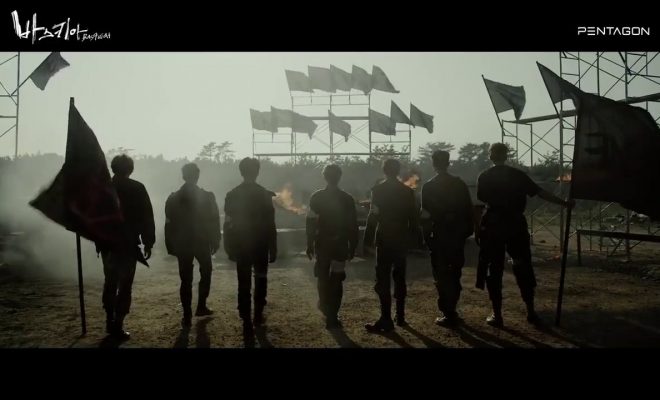 PENTAGON are going to please all of us fans by releasing ‘Basquiat‘ on June 30.

The group created ‘Basquiat‘ for the finale performance on MNET‘s ‘Road to Kingdom‘. Now, we’ll get to enjoy the track in a full MV.

The teaser images have been dropping thick and fast and they are all in keeping with the overall theme of the track.

The group have dropped a series of individual and group concept teasers. The whole feeling of this release is very grand and feels very different to what we’ve seen them release previously.

PENTAGON will release ‘Basquiat‘ on June 30.

What do you think of the teasers that PENTAGON have released for ‘Basquiat‘ so far? Do you like this concept? Let us know your thoughts in the comments below.