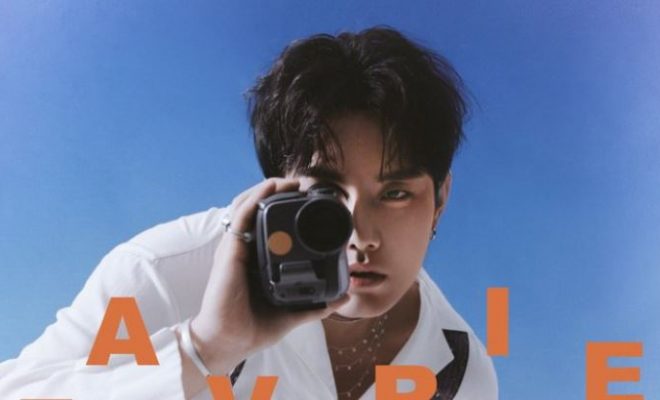 Kanto asks you to choose a ‘Favorite’ in concept teasers

Kanto is preparing to make his hot return with ‘Favorite‘. Check out the teasers below!

In his second concept teasers, he just looks so fine with or without the glasses. Even though the green suit is quite difficult to pull off, he makes it quite fitting to wear. He makes it look so beautiful as he stares right into your soul.

He has also dropped the album cover for ‘Favorite‘. This cover has him holding a video camera. It is quite a simple image but highlights the best of him. It is a chill and stunning image of him.

Meanwhile, he will make his hot return on April 19th. Are you excited for his return? Let us know in the comments below!