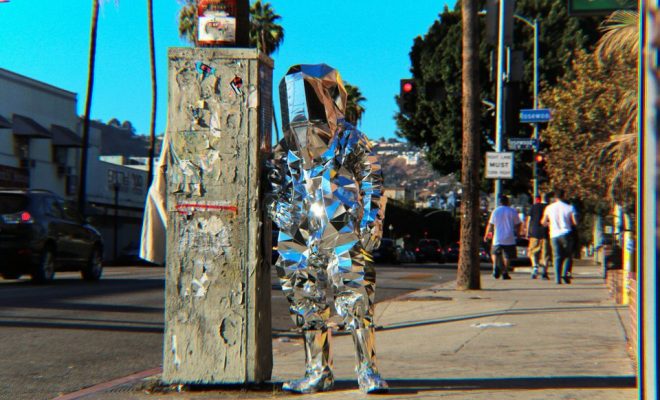 Hitchhiker is nice and shiny in ‘NADA’ teaser

Yes, that is right! Hitchhiker continues to tease for his upcoming SM STATION track, ‘NADA‘. So, check it out below!

In this image, like what we have seen him in previously, he is dressed up in this shiny armour that truly stands out in this urban area. The palm trees in the background helps give us a clue as to where he is. It doesn’t give much away about what exactly this track is about. The only thing that is revealed is through the caption. It says that ‘NADA‘ actually means “Nothing” in Spanish. Through this song, he would like to capture the Mumbaton rhythm which is re-arranged after cutting the recorded voice sample. It will be interesting to see what the song will sound like!

In his second MV teaser, it has this distorted sound that makes it appear quite eerie. It also shows someone playing around with coding to make some sort of game. It is quite unique and thus Hitchhiker never cease to amaze us with just how weird he can go with his song and music video.

Meanwhile, this track is set to be dropped on May 23rd. Are you excited? Let us know in the comments below!