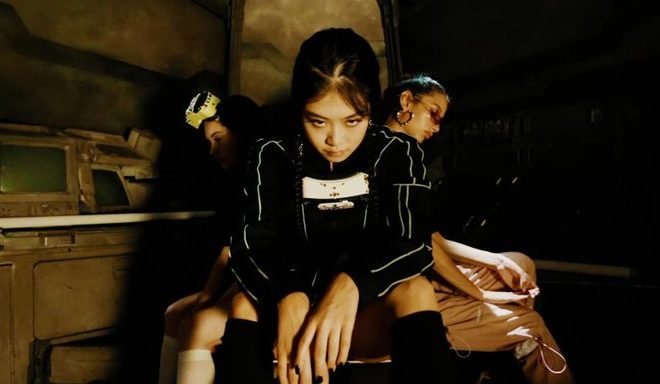 DeVita is uber cool and powerful in ‘EVITA!’ debut

AOMG‘s newest artist DeVita has made a powerful yet oh-so-cool debut with her track ‘EVITA!’ and her debut album ‘CREME‘.

‘EVITA!’ is a track that has a powerful pop beat that is catchy and addictive with DeVita‘s vocal sitting over the top. The lyrics address that one guy who shows initial interest in taking things seriously but then goes M.I.A. with cold feet.

The clip is set in a futuristic, brightly lit world that suits the underlying message and beat of the track itself.

Just two days after the release of ‘EVITA!’, fans will get the chance to listen to DeVita’s other track ‘All About You‘.

The MV teaser has just been released and it’s a visually stunning, cinematic clip. This track along with the already released ‘EVITA!’ are said to showcase the talented performer’s range as an artist.

DeVita ‘All About You’ teaser

DeVita‘s newest track ‘All About You‘ will be released on April 13.

What do you think of DeVita‘s track ‘Evita‘? Are you looking forward to the release of her new track ‘All About You‘? Let us know your thoughts in the comments below.